BY ALEX OSBORN Concept art for Captain America: Civil War has been revealed, providing a closer look at the gear worn by some of Marvel’s cast of iconic characters.

The images come by way of Superman concept artist Michael Meyers, who shared the art in a post on his official website. Get a detailed look at Spider-Man’s new webshooters, as well as Hawkeye’s new quiver, in the slideshow below. 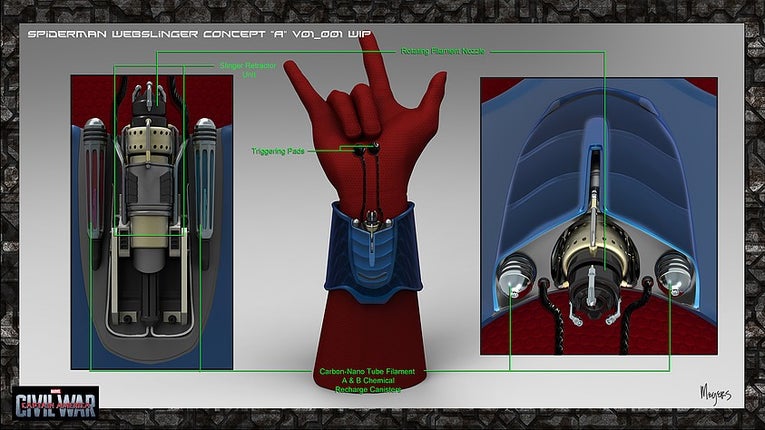 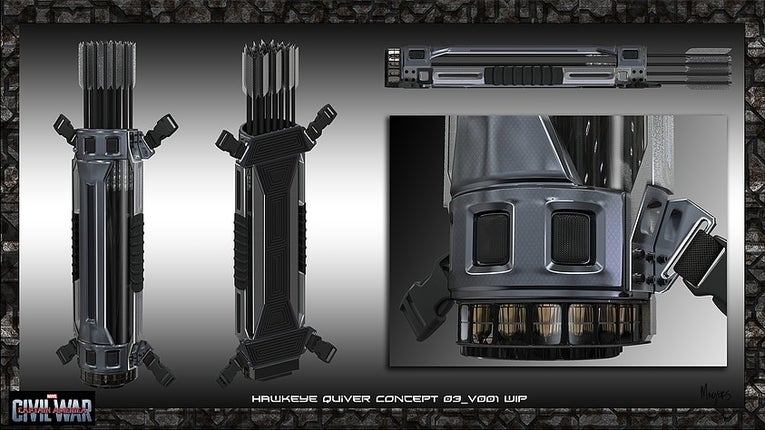 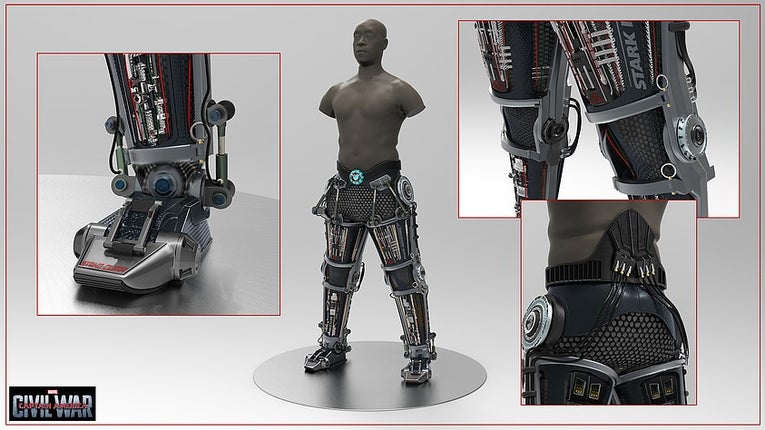 Tom Holland’s Spider-Man is getting his own solo film next year. While you patiently wait for Spider-Man: Homecoming’s July 7 debut, check out thenew concept art that features Vulture and read up on how the sequel filmsmay take a Hogwarts-inspired approach.